Everyone wants a great set of perfectly aligned teeth, yet two things tend to put people off from undergoing orthodontic (teeth straightening) treatment.

In this post we aim to cover these two points in greater detail when comparing clear braces cost UK vs metal braces and hopefully, by the end of it, you’ll have all the information you need to make an informed decision.

Okay, so back to the task in hand…

Just like regular fixed braces, there are many different clear aligners on the market. Some like the market leader Invisalign (you may have heard of them) don’t come cheap. The average cost of Invisalign treatment, for example, is somewhere between £1500 and £5000. Whereas other brands like the UK’s very own Straight My Teeth offer the same removable braces technology for as little as £999.00.

So why such a price difference?

Quite simply, until the end of 2018 Align technology (the company behind Invisalign) had a whole bunch of watertight patents in place which allowed them to monopolise the removable braces market for nearly two decades. As such, they could in effect, charge what they liked.

Move forward to the end of 2018 and many of these patents expired allowing other brands to enter the market – brands who couldn’t compete on longevity but could certainly compete on price. So, we’re now in the situation where the clear aligner market is extremely competitive and why the clear braces cost in the UK is so varied.

So, what about the cost of regular metal braces?

Well, according to dentaly.org, patients can expect to pay somewhere between £1500 and £3000 in a private dental clinic for adult metal braces but are they better than clear aligner style braces? Let’s make a comparison…

When we refer to metal braces, we mean fixed bracket and wire style appliances that we’re all pretty familiar with. While modern design means that they’re less noticeable than ever before, it remains apparent that someone is undergoing orthodontic treatment when the wearer smiles or talks.

Clear braces for adults, on the other hand, do away with metal brackets and wiring altogether in favour of a series of custom-made, barely visible, BPA-free plastic aligners which are worn over the teeth like a mouthguard. People like them because they’re incredibly discreet and can be removed at any time. In fact in most cases, unless you tell someone you’re wearing them, they will probably never know.

Naturally, this visual aspect (or rather, the lack of it) makes clear removable braces a popular choice amongst adults looking to undergo teeth straightening treatment who don’t want the world to know about it.

As you may already know, fixed metal braces remain permanently attached in the mouth for the duration of treatment. This causes many patients to have a hate relationship with their braces. In the early days especially, brackets and wiring can feel uncomfortable in the mouth until a patient gets used to them and in some cases, sharp edges can play havoc with the tongue.

With removable clear braces, on the other hand, there are no sharp edges or pieces of metal to worry about so for the vast majority of patients at least, they remain comfortable in the mouth from the start.

Okay, so patients may feel slight discomfort for the first few days as the teeth move but like fixed metal braces, this is a sign that the process is actually working.

Fixed orthodontic braces have been around in one form or another for thousands of years. Crude orthodontic designs were first discovered on ancient mummified skeletons. Over the next 3,000 years or so, metal braces have been honed to tackle a wide array of bite and misalignment problems and are now the trusted treatment for many bite adjustments.

However, just because clear braces are a 20th century invention doesn’t mean that they aren’t equally as capable. In fact, clear aligners can also correct a wide variety of misalignment and bite problems including over/underbites, and crossbites, as well as crowded teeth, gaped teeth and of course crooked teeth. Moreover, in many cases, clear removable braces can achieve results faster than traditional fixed braces.

As you can see, although both fixed metal braces and clear braces for adults do a great job of straightening teeth, they are in effect completely different entities. So in terms of price, the cost a person is willing to pay is essentially down to what the individual wants to achieve from their treatment and…more importantly, how they want to go about it.

That said and just to whet your appetite, Straight My Teeth tops when considering clear braces cost in the UK when compared to other clear aligner companies. In fact, for a limited time only, you can get straighter teeth for just £749.00 or just £67 per month. So if you aren’t happy with your smile take a free assessment today to get started. 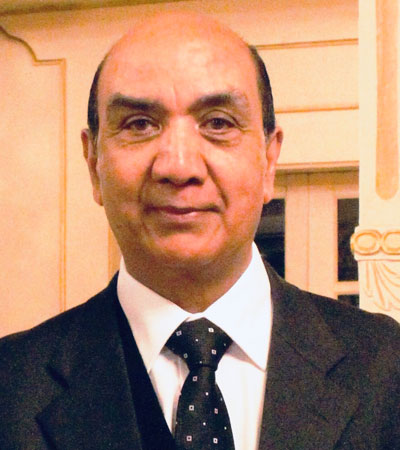 Curated the best for your knowledge

×
Save and Smile! Use promo code NEWSMILE and save £300Order now!
+

Initially I was very sceptical whether you could actually achieve the perfect smile without having to make regular trips to your dentist and paying out thousands of pounds for the pleasure. I’m now on my 5th set of aligners and happy with the progress to date.
After spending many hours looking at local dentist and realising the £K’s where out of my price range I thought I would have to succumb that my perfectly straight teeth throughout my teens and 20’s would be no more. But I carried on investigating and found that the perfect smile could actually be achieved online with no having to visit a dentist around family and work commitments, it’s all done from the comfort of your home.
I found the StraightMyTeeth website and completed the eligibility form to see if I qualified, once I had confirmation I would be able to have the perfect smile this way I was hooked, the benefit being not just the price with it being around 60% – 70% cheaper than a dentist I could also pay monthly which takes away the sting of a one upfront payment.
I received the big blue box through the post a few weeks after making contact, ensuring I watched the video which talks you through how to take your impressions, all very straight forward, although you are nervous of not getting it right. After sending StraightMyTeeth my photos of the moulds they confirmed all was ok, so I packed up the moulds ready to send back to StraightMyTeeth, StraightMyTeeth arranged for the courier company to actually pick up my package from home, as I was struggling to get to a local drop of point. A week or so later I received my 3D visual of before and after, pretty impressive, so I clicked the confirm button and off my aligners went to be made. It did take a few weeks for the aligners to arrive but this was still within the allotted time scale given to me by StraightMyTeeth (I’m just a bit impatient).
As mentioned at the beginning I’m now on my 5th set, happy with everything what I can say that does deserve 5 stars is the communication, it’s been fantastic often receiving answer the same day. I would highly recommend StraightMyTeeth to anyone starting out, and I’m looking forward to the end of treatment and seeing the results, thank you for helping me achieve my perfect smile.

I honestly regret not finding about Straightmyteeth earlier, at the beginning I was a bit scared of doing everything online but since day one all the team, especially Sarah always been there to answer to all the questions, giving me all the information needed and even when I wasn’t getting my impressions the day it was supposed they organised a zoom video call to help me getting it done quick and properly. My aligners arrived very quick and they even sent me the whitening kit earlier then they normally do. Awesome team, couldn’t recommend more to anyone. Only on my first set and can’t wait to see all the progress. The quality it’s amazing guys!

Thank you guys, keep doing the amazing work that you already do.